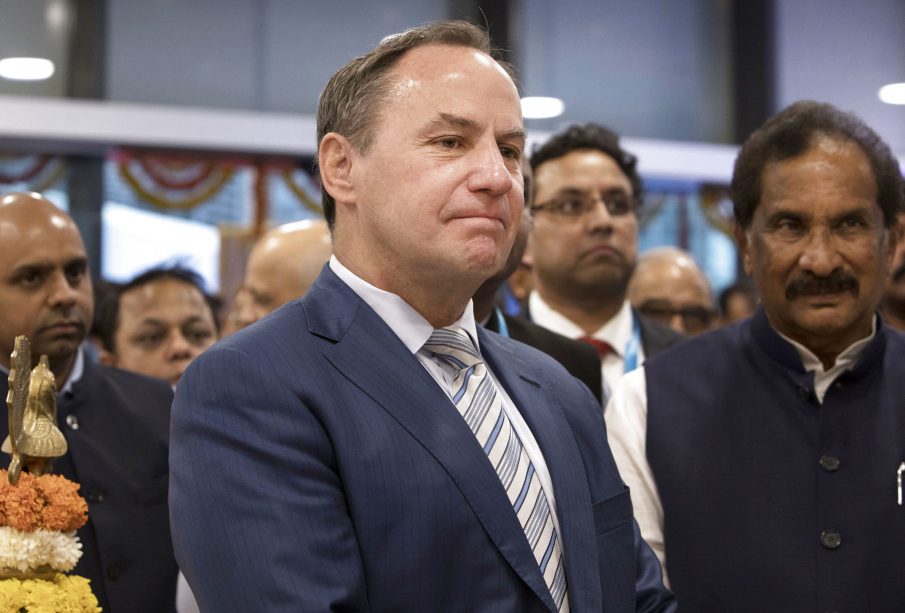 Intel shares rose more than 7% in extended trading on Thursday after the chipmaker reported better-than-expected earnings and revenue and gave an upbeat forecast.

Here are the key numbers for the second quarter:

Intel’s revenue fell 3% from a year earlier in the period, which ended June 29, with declines in both PC and server chip categories, according to a statement. In the first quarter Intel’s revenue was down slightly from the prior year.

Intel CEO Bob Swan said on Thursday’s conference call that the company is managing trade-related challenges, though there’s been some difficulty.

“Trade uncertainties created anxiety across our customers’ supply chain and drove a pull-in of client CPU orders into the second quarter,” Swan said. “We also halted shipments to certain customers in response to the U.S. government’s revised entity list. After a thorough review we were able to resume shipments of some products in compliance with regulations, and the net impact on the second quarter was limited.”

The comments were presumably a reference to Chinese technology company Huawei, to which other chipmakers like Qorvo and Skyworks paused shipments, resulting in slashed guidance.

“We are … on track to launch 7-nanometer in 2021,” Swan said, adding that it will put the company “on pace with the historical Moore’s law scaling.”

Also on Thursday Apple confirmed its plan to buy the majority of Intel’s smartphone modem business in a deal valued at $1 billion.

In the quarter, Gartner and IDC suggested PC shipments increased from a year ago, which is a positive for Intel, Christopher Rolland and David Haberle of Susquehanna International Group wrote in a Wednesday note. The analysts, who have a neutral rating on Intel, said they thought the company’s PC chip shortages could be easing up.

“Our Asia checks indicate some shortages still exist (perhaps 3%-5%), with the expectation these will end in August/September,” the analysts wrote.

However, they said Intel’s share of desktop PC chips was the lowest it’s been since the firm started following it in 2015, at about 81% share.

“The decline in Intel’s competitive positioning has not been acknowledged by the market,” Atlantic Equities analyst Ianjit Bhatti wrote in a Monday note initiating coverage with an underperform rating on the stock. “In order for us to take a more constructive stance on Intel, we either would need to see evidence that it can restrict AMD’s share gains or that it can successfully expand into new growth markets such as AI [artificial intelligence] processors. “

Swan said that share losses in the second quarter had to do with Intel’s limited supply. Davis on the call said that it could not meet all customer demand for PC chips in the quarter, and that he expects supply to match demand again in the second half of 2019.

Guidance was above consensus across the board.