To ban or not to ban? Maryvale joins schools dealing with smartphone dilemma – The Buffalo News

There are the 40-minute classes disrupted as many as 20 times by beeps, bloops and buzzes. Images captured on phones spark conversations about what constitutes “inappropriate.” And in a scene straight out of “Fast Times at Ridgemont High,” takeout meals are delivered to the school.

“We don’t allow it,” assured Maryvale High School Principal Thomas B. Stack of the occasional midday foodie calls. “We call students in and remind them of the free lunch program.”

All of which explains why when Maryvale students return to school in the fall, they will be required to keep their personal electronic devices in their lockers during the school day. The Maryvale Board of Education approved the update to the school’s code of conduct following reports from staff who noted the classroom disruptions caused by students’ increasing use of smartphones.

Maryvale becomes the next district to wade into the endless debate about how and whether to keep the omnipresent mobile communication device out of the hands and attention spans of students. As more and more people rely on their smartphones for everything, schools have tried everything from looking the other way to banning them outright. Maryvale is one of many trying to find a middle ground – a spot that is not proving popular with the students being targeted.

Katelyn Cadwallader, 17, is happy she won’t be there to deal with it. The graduating senior is the student representative on the school board.

“There will be a lot of things every day – especially during the sports season when coaches reach out personally to change a schedule or call a meeting – that will stop,” said the athlete and class valedictorian. “Kids will be bored without phones and decide to distract everyone around them.”

The “away for the day” policy adopted by Maryvale allows students to bring their mobile phones to school but requires the device to remain in their lockers for the day. Students are allowed to check their phones during the four minutes allotted for class change, Stack said.

“Social skills have taken a beating during the last five to 20 years. You’d be amazed by how many kids are relieved about not worrying what’s on their phones,” Stack said.

Outright bans have proven less popular just as smartphones have crested in popularity.

A 2018 article in The Morning Call in Allentown, Pa., noted that the percentage of K-12 schools banning cellphones across the nation dropped from more than 90% in 2009-10 to 66% in 2015-16, according to a survey conducted by the National Center for Education Statistics. The shift was especially stark among high schools — those with cellphone bans dropped from 80% to only 35% in the same period, the survey says. 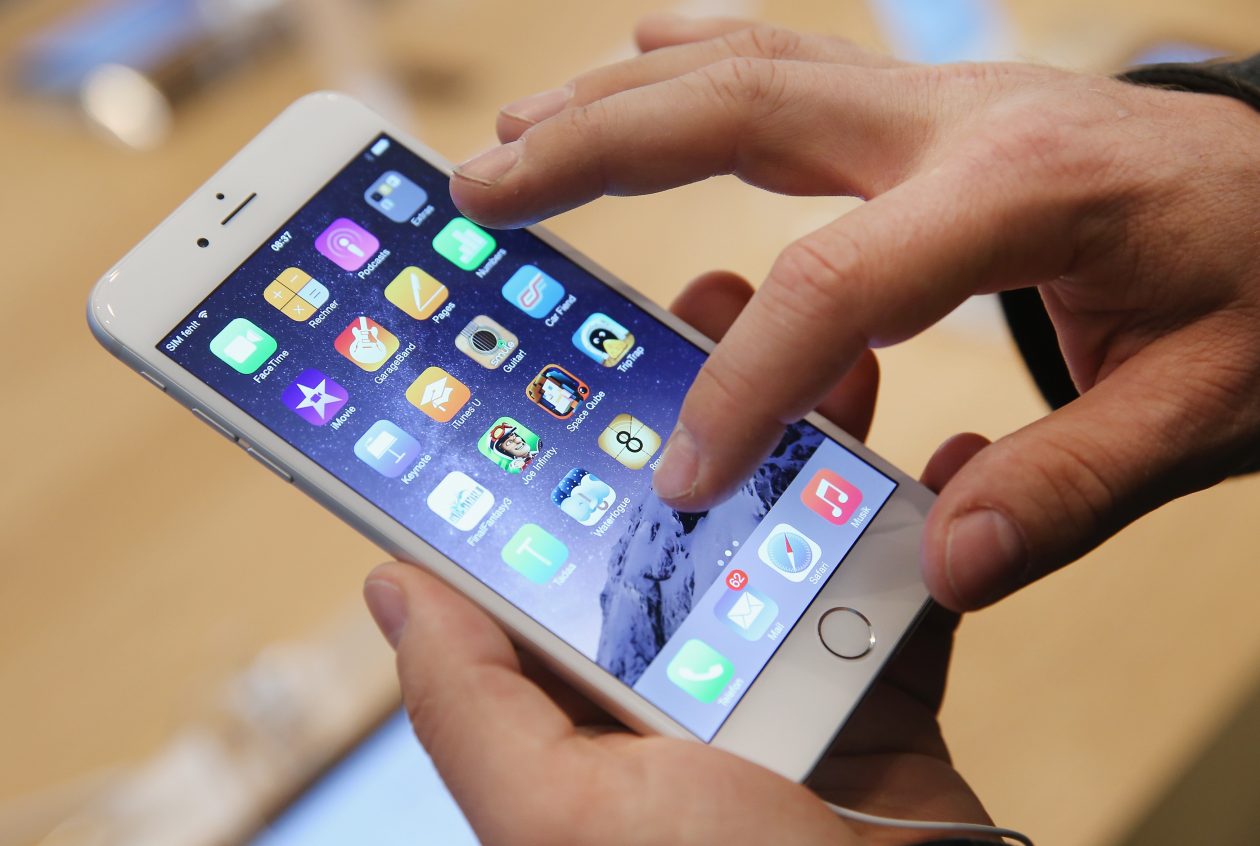 Niagara Falls’ superintendent said banning cellphones turned out to be “a fight that was not worth the effort.” (Getty Images)

Maryvale, like many districts, regulates cellphone use in their code of conduct, a set of rules usually formulated by administrators, teachers and students that helps guide operation of schools. Currently, many classrooms in Maryvale High School operate as “electronic-free zones,” according to signs posted throughout the building, Katelyn said. Enforcement is based on the discretion of teachers.

“Phones are our personal property. Taking our phone away is like taking away our communication,” said Katelyn, who will attend Cornell University to study veterinary medicine. “People say we’re addicted, but we don’t know any other way. It’s always been a part of life.”

More than half the teens in the country surveyed by the Pew Research Center believed they spent too much time on their cellphones, according to the results reported in 2018. The same survey found 44% of teens check their phones for messages as soon as they wake up, compared with 36% of their parents.

Students in the Wilson Central School District face a tough stance on cellphone use, according to Timothy P. Carter, superintendent.

“We don’t allow cellphones out of the locker,” said Carter. “The tone has been set. It is not an issue. I don’t see kids walking down the halls with them. I don’t see teachers taking them away.”

The policy in Buffalo Public Schools requires all electronic devices to be kept by students in their lockers for the day, but many high schools administrators have amended it, said William A. Kresse, principal at City Honors School.

“I have been a principal for 13 years, and I was hesitant about fully implementing the policy at the building,” said Kresse. “We ask students to use phones at the appropriate times, during noninstructional time – unless their teacher asks them to use it for a lesson.

“What we don’t want to see is instruction stopped by confrontation over electronic devices,” said Kresse. “To pretend electronic devices won’t be a part of their lives is like putting our heads in the sand. If a teacher has a repeated issue with a student we ask the teacher to contact the parent. Very rarely does it reach the administrative level.”

The Niagara Falls City and Iroquois Central school districts adopted strict cellphone restrictions at first, and relaxed the program with a system of colored zones to designate cellphone usage. The system is used by districts throughout the country. Red denotes areas that are off-limits and can include restrooms, testing rooms and assemblies. Yellow indicates areas where students are allowed to use phones with permission. Green zones like hallways, study halls and lunch allow full cellphone use.

Iroquois Superintendent Douglas R. Scofield said the zone system was initiated in response to a request from a student group.

“The student presented the question of cellphone use as tool that could be used in the workplace,” said Scofield. “She asked why couldn’t students do that in school? We changed our practice to help prepare students for the workforce.”

The Niagara Falls City School District employed a three-strike plan to enforce its former ban on cellphone use that resulted in the confiscation of too many phones, recalled Superintendent Mark Laurrie, who was high school principal at the time. The policy led to a cabinet drawer full of phones, what he called “an exorbitant amount of time on cellphone discipline,” and a situation that never got better.

“It turned out to be a fight that was not worth the effort,” he said. “You can not policy out cellphones because you’re spending all the time chasing phones, not chasing learning.”