Friday, December 2
Home›Side Gigs›UWO alumni reinvent themselves, continue to serve others in twilight of careers
Side Gigs

UWO alumni reinvent themselves, continue to serve others in twilight of careers

There is no settling into retirement for a pair of University of Wisconsin Oshkosh alumni who have reinvented themselves at midlife and continue to do great things.

Terrence Davis ’71, speech, and Patrick Gaughan ’71, sociology, both will be honored by the University, receiving Distinguished Alumni Awards at the Alumni Awards Celebration in October.

Davis, who resides in Palm Desert, California, is president and founder of Great Music Inc. and a vice president of West Valley National Bank.

He had a successful career in marketing and the entertainment industry until 2015, when he experienced a stroke that greatly affected his eyesight. He has blindness on the middle to left side of both eyes. He lost the ability to drive a vehicle, and he moved to a community where he could use a golf cart and adjust to a life dedicated to altruism.

Two years ago, a bank president contacted him and invited him to become a full-time vice president, managing the bank’s portfolio of doctors and dentists and see new business customers at branches in Arizona, California and Nevada.

Candace Hunter West, president of West Valley National Bank, said Davis “failed miserably” at retirement and she hired him at age 70 for a new career in banking. Last year, she said, he was their highest producer of new loans. He continues in his role today.

“I reinvented myself with a new career, and I tell people often that it’s never too late to follow your passion,” he said. “Challenges exist, and we can choose our path forward. I am embracing those challenges with joy and a rewarding life.”

Davis graduated from UW Oshkosh in 1971 and went on to a master’s degree in social entrepreneurship from Fort Hays State University.

At UW Oshkosh, Davis was named Outstanding Graduating Senior. He was listed in Who’s Who in American Colleges and Universities. He has been nominated for Los Angeles Theatre awards and for Desert Theatre awards. He received a Lion Award in marketing for Transformer toys and three Indian awards from the Point of Purchase Advertising Industry.

Davis credits his time at UW Oshkosh with helping him with confidence and maturity. He said he began as a “boy who was self-conscious, awkward and who had never led a group activity. I was a musician, played in bands and grew up in a difficult environment at home.”

He said he came to Oshkosh with no idea what he was capable of and with no self-confidence.

“After adjusting to college life and meeting new friends, I realized I was like many others,” he said. “The first two years were basic studies and I joined Sigma Pi fraternity.”

He left UWO after two years, playing at nightly gigs in Los Angeles and working in a shoe store during the day.

After two years, he decided that to be successful in life, he needed to go back to finish his degree. He returned in the fall 1969, determined to make the last two years the best possible.

Professor Nancy Vunovich asked him to try out for a play. He got the part and then was cast in every UWO play until he graduated. He said she gave him confidence to perform in diverse shows and a love of theatre has stayed with him a lifetime.

He added his musical ability to a love of theatre and composed music and sound design for dozens of shows and theatres. It led him to become chair of the Malibu Stage Company and Malibu Playhouse.

After numerous entertainment and consumer product innovations, Davis opened Great Music Studio in Malibu, California, in 1998. He became a composer of music scores and songs for movies, television and commercial jingles.

He is the owner of Great Music and Media, recording studios and a full-service media corporation. He was the founder of the Malibu Music Awards and the Malibu Symphony Orchestra. 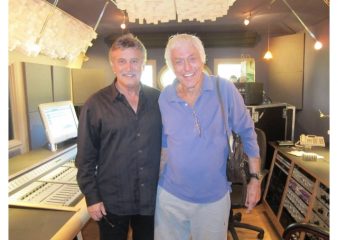 He recently recorded the life story of Dick Van Dyke for Random House as well as Ryan O’Neal’s Both of Us. He also recorded with Kris Kristopherson and performed the voice overs for the last nine episodes of America’s Most Wanted with John Walsh. He’s worked with Meatloaf, Johnny Mandel, Cheryl Bentyne of Manhattan Transfer and recently is credited as a producer of Sarah Barielles and The Back Beats of NBC’s Sing off.

In addition to his music career, Davis recently received a master’s degree in nonprofits and grant Writing. He bought a mobile spay and neuter veterinary bus to serve 10 desert cities to reduce the numbers of unwanted pets.

Lynnie Carvalho, founder of Spay Neuter Imperative Project (SNIP) California, said she thanks God every day for the work Davis has done putting their nonprofit on very solid ground.

David said his motto is, “you work to earn a living, you give back to have a life.”

Davis said he is most proud of raising a son and daughter who have achieved success and for marrying his wife—the mother of their children.

He also is proud of having the ability to reinvent himself from a corporate life to a creative life as a composer and now banker. He is proud that music he composed for several films is enjoyed by audiences around the world. 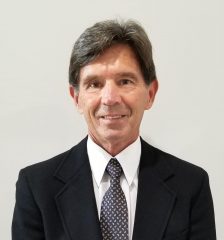 Chris Gantner, UWO alumni director, said she met Gaughan, ’71, of Jacksonville, Florida, when he visited the UWO Alumni Office after traveling from West Africa, where he does medical mission work. He had returned to Wisconsin for a high school class reunion in De Pere.

“He spent most of his career in Florida in business/social services-type work and when he was ready to retire, he decided to pursue another career,” Gantner said in her nomination letter. “He went back to school to become a nurse with the intent of doing medical missions.”

Gaughan specializes in infectious diseases. But through his connection with a plastic surgeon, the two do cleft lip and palate repair missions.

Following graduation from Abbot Pennings High School in De Pere in 1967, Gaughan studied at UW Oshkosh. He graduated in 1971 with degrees in political science and sociology.

After working five years in a Christian ministry called Shiloh Youth Revival Centers Inc., he was married and began working for the city of Jacksonville, Florida. For the next 28 years, he worked, among other things, as a grant writer/manager, concentrating on social problems, including minority over-representation in the correctional system and juvenile justice. He volunteered at Florida State Prison as a chaplain assistant. After 28 years, his children were raised and he had reached the pinnacle of his career. He earned the coveted Robert O. Johnson Award—the highest award given to one city employee each year in Jacksonville for service to the community and city government. 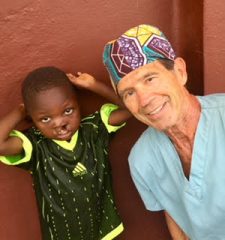 Gaughan decided it was time to re-invent himself, going back to school to be a registered nurse. By this time (in 2006), he had a master’s degree in education from the University of North Florida in education and counseling.

After receiving his licensure, he began working for the Florida Department of Health and on short medical missions abroad. He went to many countries throughout the world, but decided Cameroon, Africa, was the best as a medical missionary. After his mother passed away, he began to go more often and stay longer. He began working with a doctor connected to the nonprofit WeCCARE Foundation.

For the past five years, he has been part of a team and is a resident of Cameroon most of the year. He works as a physician’s assistant, operating room nurse, consultant and evangelist.

His ministry has performed more than 500 cleft surgeries in rural depressed communities and at their medical center. He works with children in a bible club and he works with Bantu tribes and Baka pygmies, helping them to acclimate from the forest to a farming lifestyle and as well as addressing their medical problems. He enjoys spending time with children at area orphanages and is very committed to prison mission work in Africa.

“In these marginalized areas of Cameroon, his programs are impacting thousands of children and young people,” said Dr. Oben “Sammy” Orock, who said Gaughan has been at his side as they performed more than 1,000 cleft lip and palate surgeries with Smile Train, in three dangerous Central African countries. 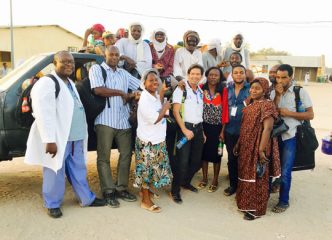 Pastor Kenneth Mitchell of Westside Chapel in Jacksonville, Florida, said Gaughan is an “inspiration and encouragement” to him and the entire church family, for his sacrificial service to less fortunate.

Brenda Luna, of the U.S. Embassy Kabul Health Unit, said no sacrifice is too great for Gaughan.

Luna pointed out that he “endures great hardships, working long hours in oppressive heat with poor living conditions, the risk of malaria and other diseases, adapting to a diet of unidentifiable food, long periods of time off the grid, with no capability of communicating with family and friends.”

She notes that his writing skills have helped with receiving grants and donations for programs, and he plans to write and publish a children’s book about faith and hope for children born with cleft lip.

“Patrick once told me that the best use of his life is to spend it doing God’s work, because this work will long outlast him,” Luna said in a letter to the UWO Alumni Board of Directors.

Gaughan said the achievement he is most proud of is not settling into retirement and fading into obscurity, but instead choosing to take his humanitarian efforts to a new level.

No college would accept him as he exited high school with poor grades and a “dismal” ACT score and history of troublesome behavior.

He was accepted into a pilot program over the summer and was admitted on probation for the fall term. He attended college during difficult times in the nation’s history and became interested in sociology and the plight of the oppressed.

“You could make a case that I owe my entire academic and career success to UW Oshkosh,” he said of the opportunity he was given.

Davis and Gaughan will be among those honored at UWO’s Alumni Awards Celebration on Friday, Oct. 18 at the Culver Family Welcome Center. The cost is $40 per person and includes dinner. For more information or to RSVP for the event, call (920) 424-3449 or send an email to alumni@uwosh.edu