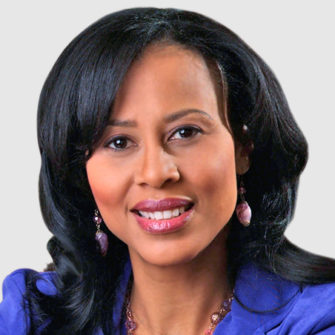 If you’re banking on a monetary gift to help pay for a major expense, I have a warning for you: Always have a backup plan.

I was rather disheartened to receive an email from a reader distraught about a situation with her in-laws, who have saved a substantial amount of money for their grandchildren in 529 college-savings plans.

The reader’s eldest child is about to start college in the fall. She was accepted into an in-state college and has received a state-sponsored academic scholarship that covers tuition. Another scholarship from the university will pay for school fees. So the only other major expense is room and board.

No problem, the reader and her husband thought, since the 529 money saved by the grandparents would be more than enough for four years of on-campus housing. Under a 529 plan, if the money is used for qualified educational expenses, including room and board, the earnings are not taxed.

Then came unsettling news due to strained relations in the family.

“My in-laws have just informed us that they are not sure they are going to release any 529 funds from the account earmarked for our daughter’s college,” the mother wrote, who said that the plan was opened 18 years ago and has been completely funded by the grandparents.

The mother’s question: “Is there anything we can do legally so our daughter will be able to utilize the account for her college expenses?”

Unfortunately, there isn’t much recourse for the parents. With a 529 plan, the account owner controls the assets and is allowed to change the named beneficiary to a qualifying family member. The owner can also withdraw the money and use it as he or she wants, with a caveat: If the money is not used for qualified educational expenses, the owner has to pay taxes on the earnings and pay a 10 percent penalty.

It’s such a magnanimous thing for anyone, including grandparents, to help save for a child’s college education. And yet such generosity can create financial chaos when benefactors change their minds about handing over the money.

“We never imagined the 529 would be any source of contention between us,” the daughter-in-law wrote. “My husband and I have always had a strained relationship with his parents, but they have always been kind to our two daughters. They don’t see them a lot, but they have always sent cards, gifts and money to them, and we make sure the girls follow up every time with handwritten thank-you notes.”

I don’t have a problem with someone stipulating that gifted funds be used in a certain way. Yet, absent some unbecoming behavior by the granddaughter, it seems pretty petty for the grandparents to hold the 529 funds hostage.

“We are just so devastated that they are doing this so close to the beginning of school and at such a financially challenging time for us,” the mother said. “We don’t have any savings for college. Our backup plan at this point is to contact the college and learn about our options. I have a small 401(k) I can liquidate.”

Here’s my advice to the parents:

• Definitely contact the college. When your financial situation changes, you can appeal to the college for additional aid. The mother said they are already exploring other scholarship opportunities.

• Do not liquidate the 401(k). Keep in mind that if you are younger than 59 1/2 , you will incur a 10 percent penalty for an early withdrawal, and you’ll have to pay income taxes on the money.

• Consider having the daughter commute. The family lives close enough that she could live at home.

As a precaution, I often warn parents about relying on promised college assistance from grandparents or anyone else. If you can, try to save something so that you aren’t beholden to the generosity of others.