Financials near correction as banks and money managers lead slide

A Citibank branch in Hong Kong.

The S&P 500 Financials Sector sank more than 3% on Wednesday and tumbled to a level 10% below its 52-week high, formally considered correction levels. The skid in the sector group was largely thanks to banks, whacked by both falling interest rates as well as an inverted yield curve.

Citigroup, J.P. Morgan Chase and Bank of America, though not yet in a bear market, were all in correction territory, down more than 10% from their 52-week highs.

Smaller, regional bank as tracked by the The SPDR S&P Regional Banking ETF fell into bear market level, down more than 20% from their recent highs. They are more susceptible to a squeeze in lending margins because they don’t have big capital markets businesses to offset it. 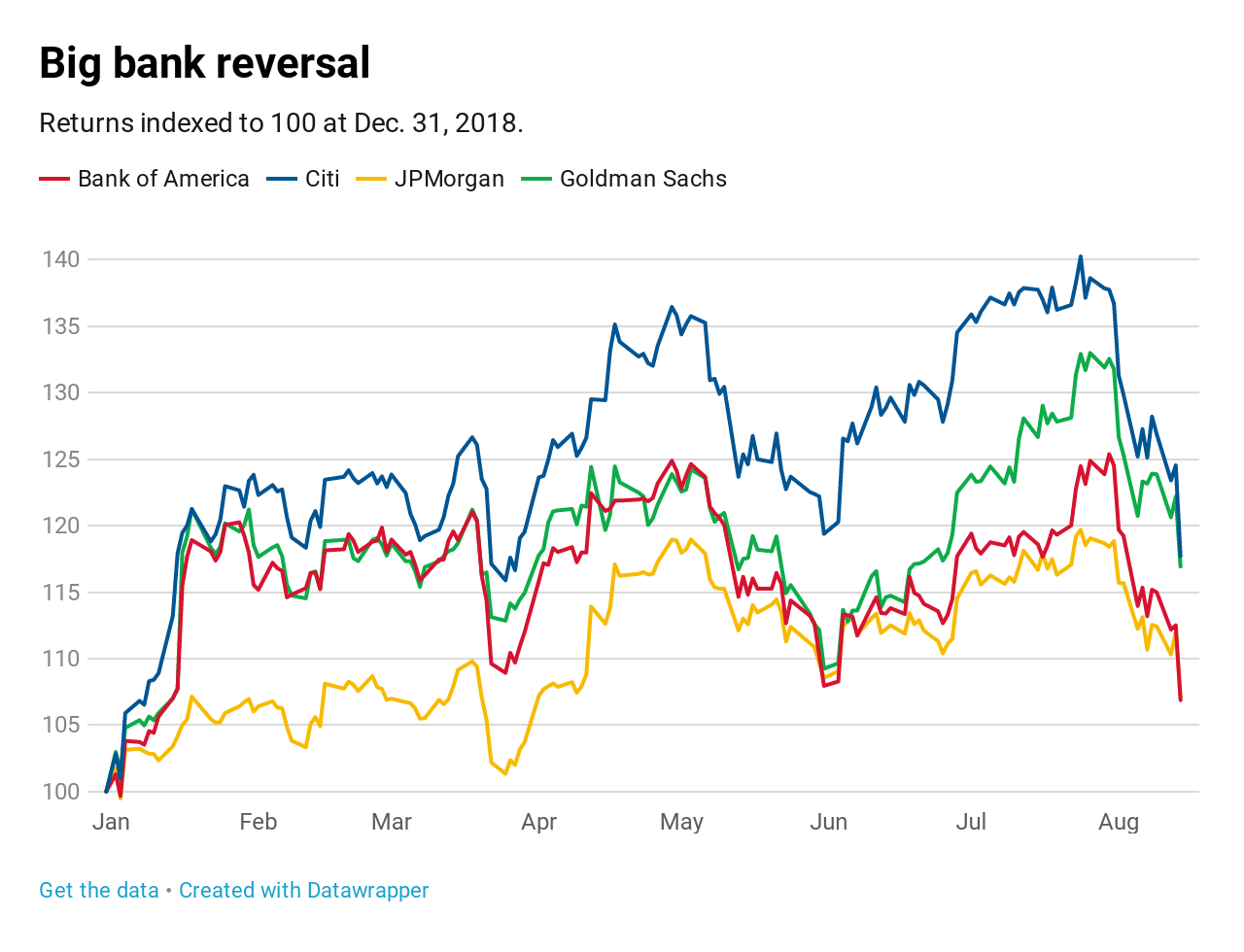 At their core, banks generate profit by lending money at a higher interest rate than at which they borrow. So, when the Treasury yield curve inverts, and long-term rates fall below short-term rates, lending institutions have little incentive to loan.

“Financial intermediaries such as banks and credit unions borrow short and lend long. Thus, when the yield on the former is above the latter, firms net interest margins compress,” Joseph Lavorgna of Natixis wrote on Wednesday.

“In the worst case, profitability turns negative. In the best case, there is non-price rationing of credit, meaning credit extension only goes to highest-rated borrowers,” he continued. “In either instance, the effect is to slow money and credit creation. In turn, economic output suffers.”

Goldman Sachs, J.P. Morgan Chase, Citigroup, Bank of America, Morgan Stanley and Wells Fargo are all down at least 8% in August, with consumer-lending oriented firms suffering the worst losses.