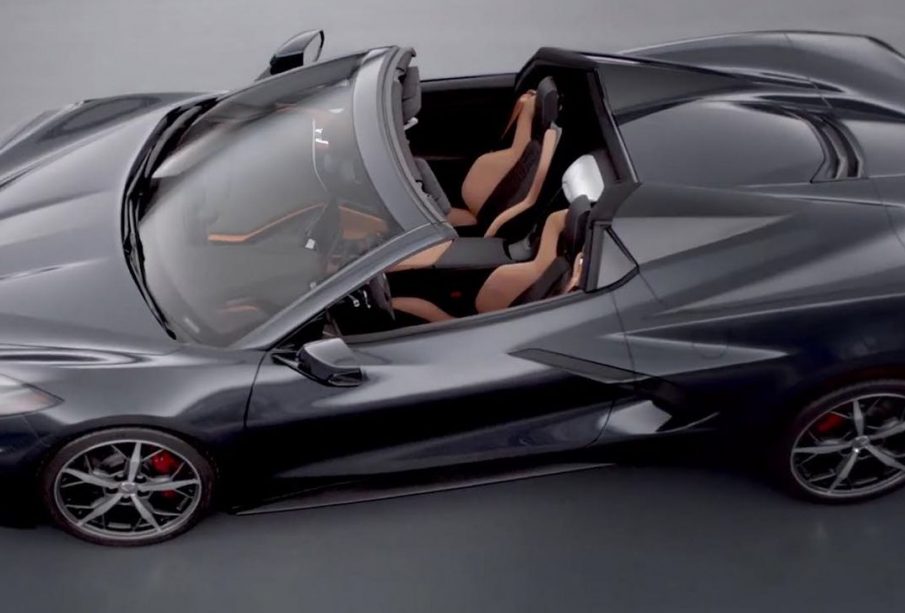 Little more than a week after the splashy introduction of the eighth-generation Chevrolet Corvette Stingray, General Motors has put out a “teaser” video that shows what it has in store next for the two-seater often called “America’s sports car.”

Over the next several years, GM officials told CNBC at last week’s introduction, there will be a wide array of Corvette variants to follow, a list that will include the first-ever version to use an electrically assisted drivetrain. But the two models to come next will be a Corvette Convertible and a track version of the new Stingray to be dubbed the C8.R.

“C8” is the inside designation for the eighth-generation Corvette which marks the most dramatic transformation since the first version of the sports car rolled out in 1953. Unlike past versions, the new ‘Vette will move the engine from the front to the middle of the vehicle, behind the passengers. It’s a layout that’s become common among European supercars and is meant to improve both performance and handling.

For the moment, Chevy isn’t revealing much about the two models teased in the new video, other than to say that they will “be revealed fall 2019.” But the images in the short teaser tell a lot about the two new versions of the Corvette.

The automaker has been experimenting with mid-engine layouts since 1960, something shown in the video where Zora Arkus-Duntov, the engineer commonly known as “the father of the Corvette,” is seen strapping himself into an early prototype, dubbed the CERV1.

It was only as General Motors emerged from bankruptcy in 2010 that the company finally locked down plans to go with the mid-engine layout. Though there are some familiar Corvette design cues carried over from the current “C7” model, the new approach means a much shorter nose, with the driver now sitting more than 16 inches closer to the bumper than before.

The C8, with its much more European supercar-like dimensions, posed some real challenges for designers hoping to come up with a topless version. But they’ve pulled it off by switching from a classic, ragtop to a folding hardtop design. The upper portion of the car’s rear body now opens like a clamshell, based on the images Chevy has released. The roof appears to fold and slide in under the C8 Corvette’s distinctive flying buttresses.

Based on comments made by several project insiders at the debut of the Corvette coupe, it appears Chevy engineers have opted for low-mass materials, such as aluminum or even carbon fiber, to minimize the weight of the complex folding roof system. The lower the vehicle’s overall mass, the better its handling.

Though the overall design preserves virtually every design detail of the coupe, there is one key difference: The cabriolet loses the clear glass engine cover that Chevrolet officials so proudly highlighted during a debut of the new Stingray.

Like the coupe, the Stingray Convertible will be powered by an upgraded version of Chevrolet’s 6.2-liter LT2 V-8 engine making 495 horsepower and 470 pound-feet of torque. That engine is paired with a new, eight-speed double-clutch gearbox, essentially an automatically shifted manual that drivers still can control via steering wheel-mounted shifters. The coupe version is rated at “less than three seconds” 0 to 60, according to GM President Mark Reuss. Any added weight could slightly reduce the launch speed of the cabriolet version.

Along with the Convertible, the newly reduced video teases the next-generation Corvette race car, dubbed the C8.R. Though details about the Corvette street car had been leaking out for months, little is known about the track model.

The current Corvette race car, the C7.R, is powered by a 5.5-liter V-8 pumping out just under 500 horsepower. Whether Chevy will increase the pony count is uncertain but could be limited by the rules of the various series in which it competes, including the LMGTE class for Le Mans, and the GTLM class for the IMSA WeatherTech SportsCar Championship.

But even if it retains the same engine specs, the mid-engine layout is widely expected to deliver the C8.R a significant improvement in handling, a definite plus on the winding road courses it will be competing on.

One question the racing world will be waiting to have answered is whether Chevy will use any form of electrification to enhance the performance of the C8.R. The automaker has confirmed it has designed the basic eighth-generation platform with battery drive technology in mind. For the street version that eventually could include a mild hybrid, a plug-in hybrid, an electrified all-wheel-drive system, or perhaps even an all-electric driveline at some point.

For the track, battery technology is becoming increasingly commonplace, with hybrids now used by Formula One and on the Le Mans endurance series. So, it would surprise no one if the C8.R eventually opts for some form of battery-based driveline, as well.