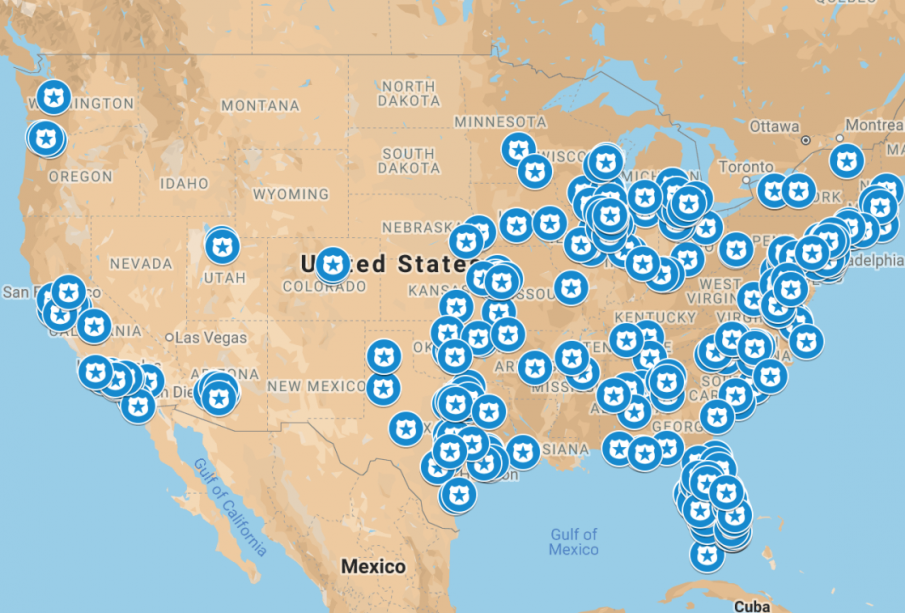 More than 400 police agencies across the United States are working with the Amazon-owned Ring home surveillance system, and now you can check if your local department is one of them.

Ring disclosed the number today (Aug. 28), and it’s double what reports had previously revealed. It also published an interactive map where anyone can check whether their hometown cops are part of the controversial effort through which police can see all the Ring cameras in a given neighborhoods, can seamlessly request the footage, and are encouraged to promote the device.

The map, where you can also check when each department started working with Ring, is available here, along with a blog post about the Ring-law enforcement partnership. The company will be updating the map as new departments are added, it says.

The release coincided with an in-depth Washington Post story, which disclosed the full number of agencies for the first time.

The Ring system includes its surveillance cameras (most famously the motion-activated camera doorbells) as well as the Neighbors app (where people can share footage from their cameras and discuss crime in their areas) and the Neighborhood Portal (where police can see a map of Ring cameras and quickly submit a request for footage during an investigation). In recent months, Vice, CNET, and Gizmodo have reported on police’s close relationship with the company, which, for example, gives departments discounts or free cameras to distribute among local residents. In some cases, police have used the giveaways as leverage to demand that people hand over their footage, although Ring says it is supposed to be voluntary.

Critics worry about the privacy implications of such a built-out surveillance network, especially one that is controlled by a private company. What’s more, “neighborhood watch” apps like Neighbors or Nextdoor have had problems with racism and racial profiling, after users have raised alarm after merely seeing people of color in their areas.