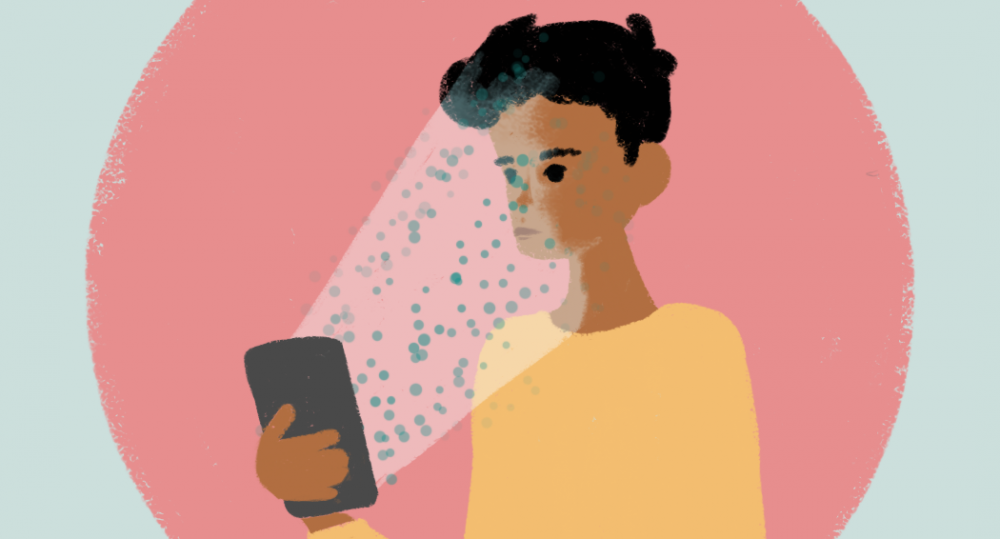 The Post recently conducted a survey of about 50 Ohio University students to see how much time each spent on their cell phones. Respondents were asked to use the “Screen Time” feature found in their iPhone’s settings to complete the survey. “Screen Time” is a feature Apple released on Sept. 17, 2018, with the launch of iOS 12, that gives users a comprehensive breakdown of how much time they spend on their phones. 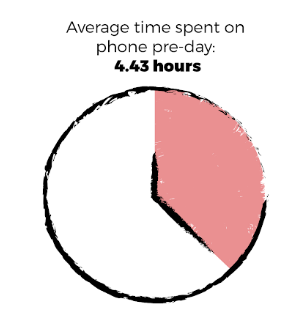 Stazy Mazo, a sophomore studying screenwriting and producing, who spends an average of four hours and 55 minutes on her phone everyday, said she was shocked by her results. She spent more time on her phone than she thought she did, and was unhappy to see that she had spent more than 24 hours in one week on Snapchat.

“I hate when I catch myself just sitting there and just scrolling through,” she said. “And that’s so toxic. I don’t wanna do that. I don’t wanna be like that.”

Since taking the survey, Mazo has put an hour-per-day time limit on Snapchat and Instagram, her top two most-used apps. She has made a conscious effort to spend less time on her phone and found that the results have been positive.

Since she has started making an effort to use her phone less, Mazo spends more time relaxing and reflecting on her day, something she thinks that she doesn’t do enough of when she is distracted by her phone.

Ethan Schmerling, a first-year graduate student studying the effects smartphones have on people’s productivity for his thesis, has found in his research that using one’s phone too much and not spending enough time with oneself can lead to feelings of loneliness.

“I think it’s a part of the way we all live now. For me, I use it a lot for my day-to-day functions, whether I’m going somewhere I need directions to or I just want to check out my daily memes for the day — which I have to do. I think it’s just a part of who everybody is, who we all are.”Cameron Lightsey

“It feels like, with your phone, there’s always something else you could be doing,” Schmerling said. “So, being alone becomes a time where you’re being distracted from yourself.”

It seems that spending less time using a cell phone, and putting more time into one’s self may have a positive impact on a person’s mental state, as well as help them to achieve more of their goals.

“I was, like, in this funk the whole beginning of the semester that I couldn’t really figure out how to get myself out of,” Mazo said, “And I don’t know if my phone was a part of it, but I have noticed recently, I’ve been using my phone less and I do feel a lot better. I feel more focused and I feel like I’m making more goals.”

Cameron Lightsey, a senior studying international business and communication, and Emily Barbus, a junior studying journalism, feel differently about their phone usage. Lightsey, who spends an average of four hours and 44 minutes on his cell phone daily, is happy with his phone usage and thinks it is a natural part of today’s society.

“I think it’s a part of the way we all live now,” he said. “For me, I use it a lot for my day-to-day functions, whether I’m going somewhere I need directions to or I just want to check out my daily memes for the day — which I have to do. I think it’s just a part of who everybody is, who we all are.”

Barbus, who spends an average of five hours and seven minutes on her phone per day, although she thinks it is a lot, is happy with her phone usage as well. She also believes that it is a natural part of how people interact. 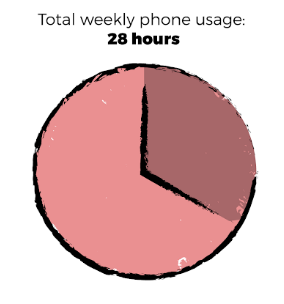 “I don’t see it as a negative or positive really, I just see it as like it’s the attachment to my hand. I feel like everyone else does. We have that addiction to it,” she said.

Barbus finds that spending time on her phone is a good way to relieve stress, although it can become distracting when she tries to be productive.

“I am on my phone quite a bit in class, even when I’m not allowed to,” she said. “Which is not a good thing, but I do it, and I know a lot of other people do, too.”

Teachers have struggled with students who are distracted by cell phones and laptops in class for a while, and Professor Keith Markman from the psychology department has witnessed that issue. Whether in his own class or while sitting in the back row of a college’s class for evaluations, Markman has noticed that a large number of students use their cell phone or laptop during class, and what they do on those devices usually doesn’t pertain to the material.

Markman feels that it is becoming harder to retain the attention of students because of how rapidly they are receiving information. He cited YouTube videos as an example, where various pieces of information are shared in a single video without any pause or moment for reflection.

“Whatever attention span, it was limited in the first place, it really starts to break down,” he said. “And so, what happens — and it’s not just me, but other instructors (and) professors — there’s a feeling you can’t just talk for more than five minutes without losing three quarters of the class.”

Markman said that when he started his job 19 years ago, students seemed much more interested in his classes and the information he was teaching, but in recent years students seem less interested.

He has made changes to his classes in an attempt to make them more engaging and better suitable for the faster way he feels students process information. Some of those changes include promoting more interactivity by posting discussion questions on Blackboard for students to answer during class and removing material that he doesn’t think students will find valuable. 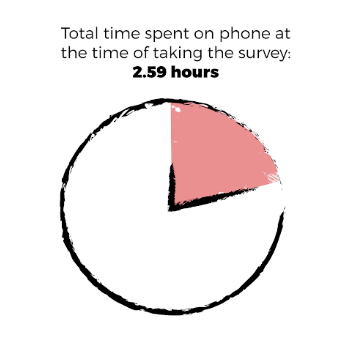 “I’m trying to figure out ways to do this better,” he said.

Markman feels that though it is the responsibility of students to pay attention in class, it is also the responsibility of teachers to make sure class is engaging. However, he does think that with changes in modern technology, people process the information they learn in classes — and in general — differently than they used to.

Markman used to love to read books as a kid, for example, but his 14-year-old son does not. Markman’s son’s attitude towards reading seems to be congruent with many others, given that in June of 2018, The Washington Post found that leisurely reading was at an all-time low.

“People’s attention spans have never been great throughout history,” he said with a chuckle. “I certainly think people’s exposure to YouTube and other fast-moving kinds of media make it difficult for people to do things like slow down and read a book.”

Markman believes there is a lot one can learn from written material that is different from today’s faster paced media like Twitter or Youtube. He said that modern technology has made us has us process information faster, although it is not always as rich in detail like a book or other long form written material.

“It’s like their brain’s been re-wired to move more quickly,” he said.

It is obvious that smartphones has forever changed the way we live, but whether or not these changes are for better or worse comes down to the opinion of each individual after they have analyzed and given some thought about how much time they spend on their phone.

“I don’t think the amount of time spent on our phones is necessarily a bad thing. I think what we consume on our phones could be,” Barbus said. “We’re in an age where our this, our phone, is the way to be in contact with the world, in contact with our friends. It’s almost impossible to be a functioning member of society without it. So, I think, it’s not necessarily a bad thing that we’re on it. We just need to be more mindful of when we use it and how we use it.”

Editor’s Note: Because Android phones do not have a feature like this pre-installed in their operating system, all respondents to The Post’s survey are iPhone users.

This story is part of a series of specially designed stories that represents some of the best journalism The Post has to offer. Check out the rest of the special projects here.