Saturday, May 8
Home›Computers›13-inch or 15-inch: How to choose the right laptop size for you
Computers

13-inch or 15-inch: How to choose the right laptop size for you 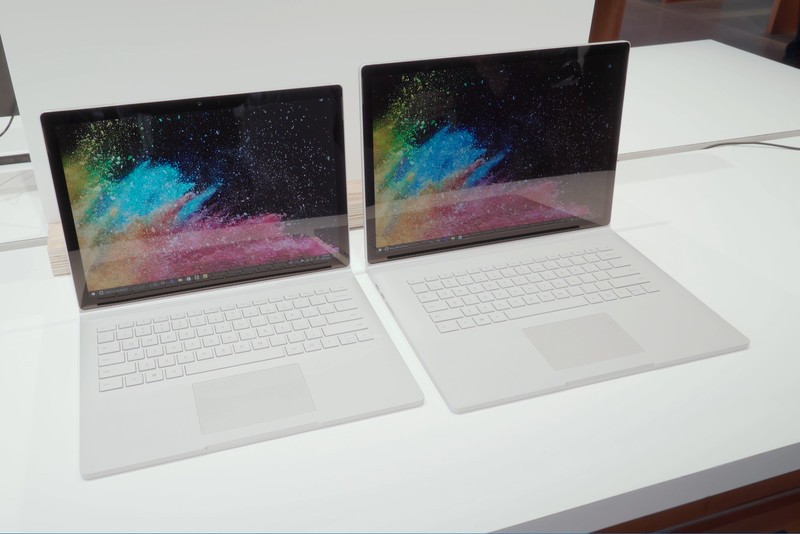 There are a number of factors you need to take into account when buying a new laptop before you hand over your hard-earned money. In some ways, many of the different factors are linked together.

Take, for example, whether or not you should go for a 13-inch or 15-inch laptop. It’s not just a simple case of “oh, I want a smaller/larger” laptop anymore. The screen size is often integrated into other specifications.

So how to make the best choice? Here’s what we think you need to consider.

Where and how you’ll be using your laptop

Do you travel a lot? Go to school, college or university every day and need to take your laptop with you? Whatever the reason, if you leave the house with your laptop a lot, then portability is key. Which mostly leads itself to suggest you get a smaller, 13-inch laptop that’s light and easy to carry around.

However, there are laptops out there like the Dell XPS 15 which pack a 15-inch display into the frame of a 14-inch laptop. Dell isn’t the only company making slim and light 15-inch laptops either. The XPS 15 is probably the best example, but others like the HP Spectre x360 15 and ASUS ZenBook Pro aren’t exactly bricks while still having a larger screen.

It isn’t just gamers that want dedicated NVIDIA or AMD graphics in a laptop. Creators, such as video editors, will also be looking for some added power in this field.

While there are 13-inch laptops out there with good graphics capabilities, traditionally this is one area that size does matter. A larger laptop means more room for a GPU, and importantly, more room for GPU cooling. So you’ll not find a 13-inch Ultrabook with a GTX 1060 GPU in it. We’re not quite at that magical stage just yet.

Smaller laptops, as well as thin Ultrabook-style notebooks like the ZenBook Pro tend to have either last-gen mobile GPUs or lower-end of the spectrum current generation ones. If you want a serious GPU you’ll be looking for a 15-inch laptop, most likely a gaming one.

Somewhat tied in with the consideration for graphics, but if you absolutely need a 4K display, then you’ll probably be better with a 15-inch laptop. There are smaller options, like the Razer Blade Stealth that have small, 4K displays, but generally that many pixels come on the larger size panels.

And to be honest, if you need 4K for say, video editing, then you’ll probably want a larger laptop for reasons mentioned above; graphics and a physically larger screen to look at.

With 4K, or generally higher-than-Full HD resolutions, you also usually get touchscreens. Many 1080p laptops are non-touch, so factor in whether or not you desire to manipulate Windows with touch.

Another byproduct of physical size is how many ports you can actually fit on the sides. As laptops become thinner and lighter, the connections on the sides are slowly disappearing.

Are you ready for a ZenBook 3 with a single USB-C port? Or do you want your HDMI, Ethernet, SD card and a bunch of USB ports? If it’s the latter, then 15-inch laptops are where you’ll still find the best offering. If your laptop is your only PC and you want to use it like a desktop at home, then looking at a larger notebook will give you a better chance of not needing an external dock.

Also good if you have a phobia of carrying dongles.

Those are some of the things we think you should consider when choosing your laptop size, but ultimately the decision is yours. Carefully look at what you’ll be doing and where you’ll be doing it while deciding.

The end goal is to happen upon a considered decision that leaves you getting what you need in the best package possible. If you don’t need a large screen, lots of ports, a beefy GPU or a 4K display, you’re probably not going to want the added size, sometimes cost of a 15-inch laptop.

See which boxes you need to tick, then see which ones the laptops you like at both sizes also tick. Then make your decision.