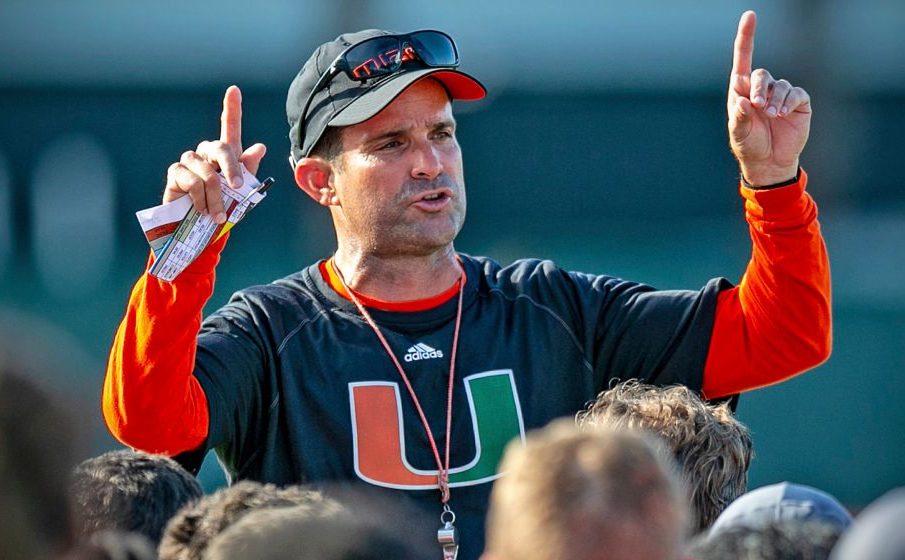 It may seem like Clemson’s thrashing of Alabama in the national title game was only a few months ago but as fresh in our minds as that contest was, it was last season. Hard as it is to believe but the 2019 campaign is almost here and it’s time to turn our attention from what happened last year to what could happen between the lines this fall.

As part of CFTalk’s 2019 College Football Preview, we’re exploring every nook and cranny of the sport before kickoff in Week 0. Up first, which teams might be ready to bust out and have a banner season? Several of these were either under or treading water in 2018 but could be in store for a big jump over the coming months.

Without further ado, here are five candidates to bust out in the Power Five and a handful of others in the Group of Five who could do the same in 2019:

Manny Diaz has taken over in Coral Gables and optimism is running high given what he was able to do with the Hurricanes defense as a coordinator the past few years, including bringing some of the swagger back to ‘The U’ with the now infamous turnover chain. The team slumped to a 7-6 finish last season, getting run out of the building by Wisconsin in the Pinstripe Bowl. That ending certainly framed how this team is viewed going into 2019 but the ‘Canes still have one of the more talented rosters in the ACC and sport perhaps the best defense this side of Clemson in the conference too. The key to the program all comes down to the offense being not quite as awful as it was a year ago. There’s some talent surrounding new quarterback Jarren Williams and the hope is that new OC Dan Enos — fresh off an impressive run as Tua Tagovailoa’s coach at Alabama — can meld everything on that side of the ball into a cohesive unit. The opener against rival Florida in Orlando is fairly tough but the schedule is among the most manageable in the country and Miami might be favored in 11 of their 12 games overall. Somebody has to win the Coastal Division and the Hurricanes have as good a shot as any to have a big jump on the win total and make a run to Charlotte.

It seems like this is an annual exercise under Gary Patterson. Much is expected of the Horned Frogs one year, only for them to flop. Then nothing is expected amid one big question mark and TCU winds up challenging for the Big 12 and a playoff bid (see 2014 and 2017). We might be a lot closer to the latter with this year’s squad, which may technically return only 12 starters but has a ton of players with experience returning to the lineup after injuries hit the team hard the past 18 months or so. The Horned Frogs offense should sport one of the better offensive lines, a solid running game and an All-American candidate Jalen Reagor at wideout.  The question remains quarterback, which will largely determine the ceiling or floor of this group. Kansas State transfer Alex Delton or four-star freshman Max Duggan are the two front-runners for the gig though both are likely to see time early on. As one can expect from a Patterson-coached team, the defense will be pretty good too. Most of the talk in the Big 12 has been about stalwarts Oklahoma and Texas but don’t discount the Frogs making it back to AT&T Stadium either.

Sticking in the Big 12, the Cowboys narrowly avoided their first losing season since 2005 and are hoping to get back to the double-digit wins that have they have been accustomed to having the last few years. Princeton’s Sean Gleeson is the team’s new offensive coordinator and his biggest task will be keeping the offense going with either redshirt freshman Spencer Sanders or Hawaii transfer Dru Brown at quarterback. Whoever emerges under center will get the benefit of throwing to Biletnikoff Award finalist Tylan Wallace at receiver and a pretty solid tailback group headlined by Chuba Hubbard. The secondary should be a strength on defense and the hope is that some surprises emerge in the front seven to help make a solid group on that side of the ball better. OSU was better than their record indicated in 2018 given the number of close losses they suffered and given how their schedule shakes out, it wouldn’t be a shock to see Mike Gundy’s group return to the top 25 this season.

There’s been a ton of discussion about the Big Ten West and how the division shakes up this year, with Iowa, defending champ Northwestern and fast-riser Nebraska garnering much of the discussion with a little Purdue mixed in for good measure. The dark horse few mention is the Gophers though, who took a nice jump in Year 2 under P.J. Fleck to a bowl game and are hoping to row the boat to even more progress in 2019. QB Tanner Morgan was a big reason behind last season’s stretch run, going 4-2 as a starter and developing obvious chemistry with top target Tyler Johnson. Add in a pretty accomplished group at running back and the Minnesota offense has a chance to surprise folks with how good it can be. Defensively, the team has responded well to DC Joe Rossi after he was elevated to the gig and the Gophers are returning six starters on that side of the ball plus returning safety Antoine Winfield Jr. after a injury-shortened redshirt campaign and Notre Dame graduate transfer Micah Dew-Treadway up front.  They get Rutgers and Maryland as two of their crossover Big Ten East games so a run at double-digit wins can’t be ruled out in the Twin Cities if everything comes together.

At this time last year, there was a ton of talk about Khalil Tate’s Heisman chances and if the Wildcats could make the jump in a wide-open Pac-12 South. Injuries put a damper on that first question early in 2018 but if the dynamic quarterback can get back to being his old self, that latter question may be of relevance in 2019 out in the desert. The team uniquely gets three bye weeks thanks to opening at Hawaii in Week 0 and the early schedule is easy enough to facilitate a pretty good start. Tate running and throwing like he did two years ago combined with superb tailback J.J. Taylor make the offense dangerous and it would be somewhat surprising if the defense didn’t improve at least incrementally. While this team isn’t likely to challenge for the conference title, making big strides and at least making a run at a trip to Santa Clara would be a huge sign of progress under Kevin Sumlin.