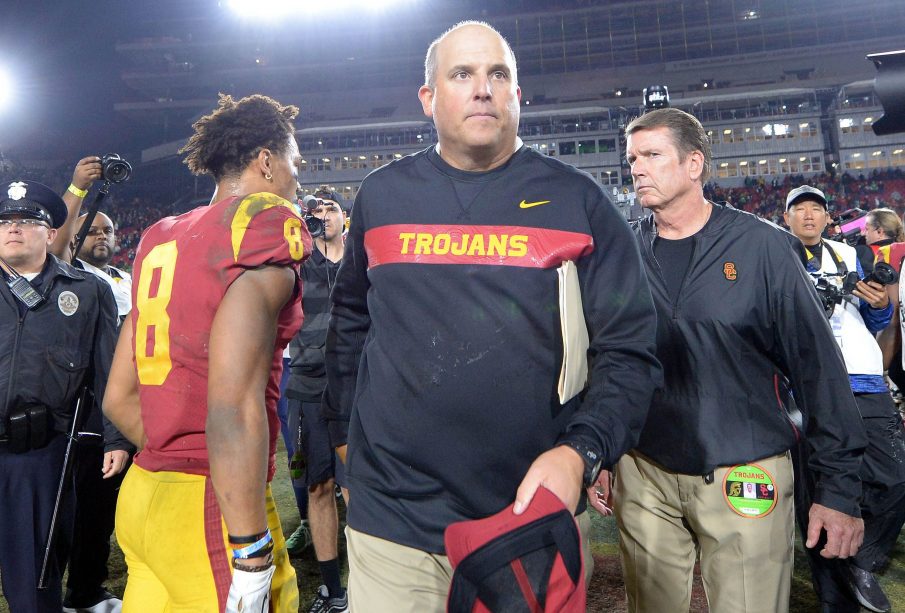 Here are highlights from Pete’s AMA, edited for clarity:

Q: In your opinion what current non-Power Five school takes the next step to a Power Five conference in the next realignment? Also what team that is a sleeping giant makes the biggest impact in the next 10 years?

Thamel: I would have to think UCF has taken the lead right now. They have geography on their side. Houston has a case, but boy do the folks in the Big 12 not want them in. Cincy has a strong case as well. Boise has won enough, but geography and market hurt it. The better question here is, “Who is going to expand?” Crickets on that front right now.

As for a sleeper, I wrote this on North Texas this year. The expansion happens where the players are located.

Q: How has college football changed from the time you first started covering until today? What do you think is in the future for CFB?

It has changed exponentially. When I first started covering games for the NY Times in 2003, they were often picked on what games would make the most editions of the paper. Like a noon game would make x-thousand or hundred thousand more Sunday papers than an 8 pm game. So, yeah, that was a while ago. RIP to The Sunday Bulldog.

Generally, the world has gotten a lot smaller. Cell phones, texting and social media have brought us closer together. There’s less mystery, which is good in some ways and a bummer in others.

Love how we do things at Yahoo Sports now. The Podcast that I do with Forde and Wetzel is a blast, maybe the most fun I’ve had covering the sports. (Don’t tell them, please.)

What hasn’t changed is that the guts of any kind of media, social, digital, print, etc are dogged reporting and strong relationships. Those will always transcend the times.

Q: Who is more to blame for the malaise at USC: Lynn Swann or Clay Helton? How do they get back to prominence?

Thamel: To be honest, I think there’s been more of a general administrative issue at USC that the new president is going to attempt to fix. USC’s unstable university leadership has allowed the athletic department to become a rudderless mess. I don’t blame Clay Helton, but it’s also become apparent he’s not going to bring back the glory of the Carroll era.

Q: Is Texas back?

Thamel: Can we ban this question. Forever.

Q: Outside of Trevor Lawrence and Tua, who is likely to win the Heisman? Who’s going to be a breakout star?

Thamel: I picked Travis Etienne to win the Heisman. I think that the WRs and QB are so scary that he’s going to have lots of room to run.

As for a breakout star, I’ll take Wake Forest’s Jamie Newman. He was a juggernaut last year for Wake and could outshine Jordan Love in Game 1 against Utah State.

Q: Even better question: Who would you pick to replace Larry Scott as PAC-12 Commissioner?

Thamel: Here’s part of the issue, TSUplayer74. There’s not much that can significantly be done to fix the Pac-12’s financial issues until the television deal expires in 2024. Those contracts are negotiated a few years out. Ultimately, the Pac-12 presidents have to decide if they want Scott to broker that new deal.