On or off-campus, housing a challenge for Lethbridge post-secondary students – Lethbridge 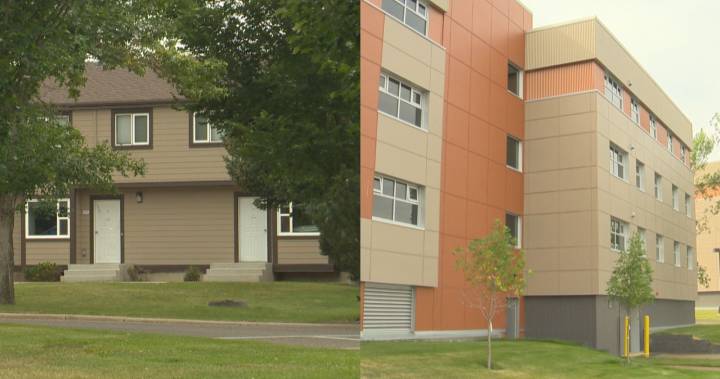 With the summer already winding down, going back to school is top of mind for thousands of post-secondary students.

But while the process of returning to their studies is pretty straightforward, choosing where to live, on the other hand, can be a bit overwhelming.

“I haven’t been able to find a house for about five months, and I just did, and it’s close to $1,000 for a one-bedroom apartment, so it’s been really hard,” shared Sonya Deheer, a student at Lethbridge College.

Deheer is frustrated as she is just one thousands of students seeking rental accommodations. When it comes to looking for a place to stay Lethbridge, there are a few options.

One of them is campus housing, but getting one of those spots isn’t easy.


READ MORE:
A look at the Lethbridge real estate market

“We’ve seen an increase in applications to student residence this year on campus,” explained Steve Brodrick, Director of Housing Services with the University of Lethbridge.

“Our applications are up about five percent this year. We have just over a thousand spots on campus to accommodate students and this year we’ve had over 1,500 applications.

The average cost for university housing per month in 2018 was $695 per student. This year, that number has jumped to $721.

“This year our prices increased about four per cent over last year, reflecting cost increases we have for property taxes, utilities, land lease for maintenance that drive our market rates,” added Brodrick.

At Lethbridge College, meanwhile, vacancy is not much better. The college offers 549 beds which are currently full, but with a much smaller waiting list of just 13. The average cost for a single bed per month is $754.

While there is no space at either institution, the other option is off-campus housing.

According to a recent national report from Rentals.ca, a one-bedroom apartment in Lethbridge is $917, while a two-bedroom is $1,094. While those numbers may be affordable compared to the rest of the country, Deheer disagrees.

“Student loans only cover a portion of your living expenses, and that portion barely covers a semester for your rent, and your food and your car insurance and everything,” added Deheer.

Another factor working against students: a low vacancy rate. The latest rental report from Canada Mortgage and Housing Corporation puts that number at less than five percent.