Get rid of the community college stigma, SBCC has plenty to offer 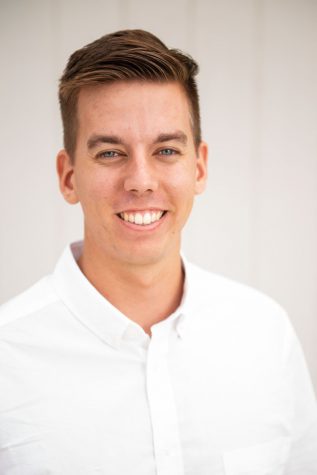 That was always my answer. A little robotic with a hint of self-defense in my tone.

I graduated from Dos Pueblos High School in 2018, a school known for its prestigious Engineering Academy and a reputation for high-level academics.

My decision to come to Santa Barbara City College was pretty simple, I wanted to play baseball in college, but I was not recruited by a single four-year school.

Although my decision was made purely for athletic reasons, it turned out to be the best choice due to the quality of the school, the money saved, and ability to stay at home.

During my freshman year, I enjoyed visiting some of my friends in their dorm rooms. The weekend visits were fun but I quickly realized what a blessing it is to live at home.  The dorms were loud, the rooms were messy, and sharing space with multiple roommates was chaotic.

It deepened my appreciation of having my own room and being in full control of my sleep schedule.

Staying home also allows me to stay close to my family. Being at a close distance with my family has been a huge help as I transitioned into college.

On the athletic side, the City College baseball program has a long tradition of sending players to transfer to four-year schools. Head Coach Jeff Walker has sent 50 players onto NCAA Division I program since 2012.

On the academic side, the courses offered, faculty and staff at City College have all been a tremendous help.

The average class size at City College is 37 students to 1 instructor and the smaller class size gave me the ability to develop a relationship with my teachers. Students have the opportunity to actively engage in classroom discussions.

For those that go on to transfer from City College to a University and earn their bachelor’s, there is no asterisk on their degree.

Many students fear missing out on the college experience if they decide to go to a community college. Now, that’s a real thing and I have summer baseball teammates who say their local community college feels just like high school all over again.

But, that’s not the case at City College.

In the fall of 2018 City College had a total enrollment of 16,177 students. Of those students, 753 were from out of state and 978 were international students.

Numerous publications have named City College the number one community college in the country for its strong academics, ideal location, and amazing staff.

According to the National Center for Education Statistics, 30% of undergraduates in associate’s and bachelor’s degree programs who had declared a major had changed their major at least once within 3 years of initial enrollment.

Choosing to go to a community college allows students to figure out what they really want to major in a fraction of the cost of making those switches at a university.

Speaking of costs, the latest studies say that 70% of college graduates leave school with student loan debt that averaged $38,000. The standard repayment timetable for federal loans is 10 years, but research suggests it actually takes four-year degree holders closer to 20 years to pay off their loans.

By spending two or even three years at a community college one can cut down or even eliminate the need for taking student loans and prevent accumulating a large amount of student debt.

Thanks to The Promise I have not spent any money on tuition or books during my time at City College.

Now, due to a new bill signed by Governor Gavin Newsom, every high school graduate in California will have the opportunity to make the same decision I did.

Those students will get to make the choice on what’s best for them, and they may even be pleasantly surprised at all the other blessings that community colleges have to offer.