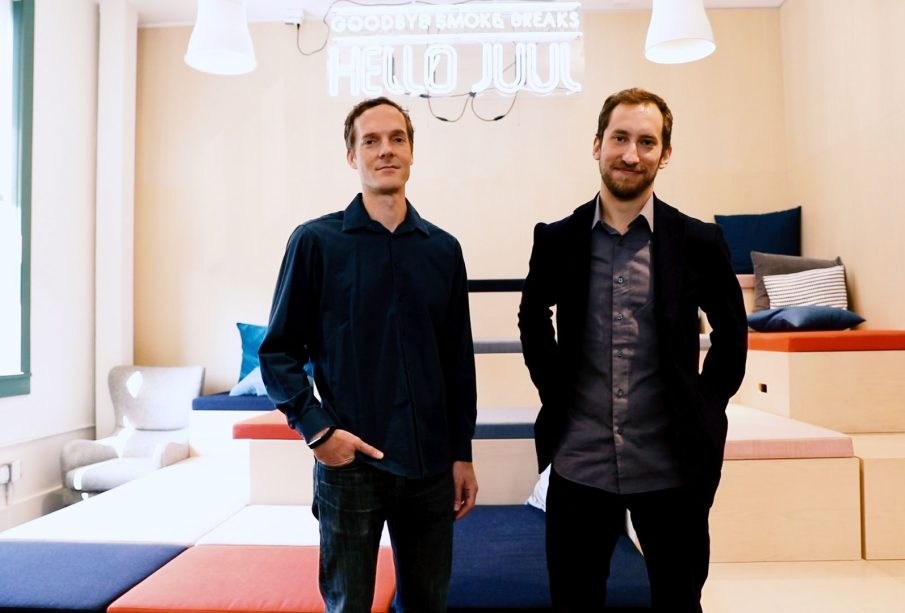 Juul co-founder James Monsees defended the e-cigarette start-up in a congressional hearing Thursday, saying the company “never wanted” minors to use its products, while admitting the company made “missteps.”

Monsees told lawmakers that Juul “never wanted any non-nicotine users, and certainly not anyone underage” to use its products. He acknowledged federal data shows millions of high school students started vaping as Juul’s products became popular.

“We’ve certainly made missteps,” Monsees said. “I understand the criticism of some of our past actions, but we moved on very quickly.”

Juul, the market leader, says its e-cigarettes are meant for adult smokers, not minors and non-smokers. E-cigarettes are billed as a way to give people their nicotine fix without all the harm that comes with cigarettes. Critics say they’re merely a new way to hook a new generation on nicotine.

The divide was apparent on Thursday. Democrats ripped into the Juul executives, accusing the company of purposely luring teenagers to its e-cigarettes with fruity flavors and youthful advertising. Republicans appeared more sympathetic to Juul, reminding colleagues that millions of Americans still smoke and struggle to quit.

“I want to tell you, I’ve been involved in public health for a long time in the Bay Area,” Rep. Mark DeSaulnier, D-Calif., told Monsees. “You, sir, are an example to me of the worst of the Bay Area. You don’t ask for permission, you ask for forgiveness. You’re nothing but a marketer of a poison, and your target is young people.”

Monsees tried to distance Juul from Big Tobacco, even though Juul sold a 35% stake of its company to Marlboro-cigarette maker Altria late last year.

“Put simply, Juul Labs isn’t Big Tobacco,” he said. “We are here to eliminate its product, the cigarette.”

Rep. Debbie Wasserman Schultz, D-Fla., pressed Monsees on this relationship, asking whether Juul considered itself Big Tobacco because of it.

“I consider traditional big tobacco company as a major investor in our company,” Monsees said, to which Schultz responded, “actions speak louder than words.”

“I do deny that you’re comparing here, with all due respect, Mr. Chairman, you’re comparing a piece of packaging to piece of product hardware,” Monsees said in response to a question on whether he denies that Juul’s initial pod design resembled Marlboro’s design. “There was never any intent. The last thing we wanted was to be confused with any major tobacco company.”

Rep. Katie Hill, D-Calif., told Gould it disturbed her that Juul tried pushing an anti-vaping curriculum in schools. Gould said the company abandoned the effort once it learned that tobacco companies had made similar attempts.

Democrats criticized Juul’s fruity flavors, such as mango and creme. Monsees defended the company’s flavors, saying they help adult smokers stop smoking cigarettes. Juul pulled nearly all of its flavors out of retail last year, facing pressure from the Food and Drug Administration.

Rep. Rashida Tlaib, D-Mich., said Juul changed its image only after the FDA called out its advertising. The company launched a campaign in January called “Make the Switch,” featuring stories of adults who stopped smoking cigarettes thanks to Juul.

Tlaib accused Juul of skirting federal regulations barring companies from making smoking cessation claims without the FDA’s approval, arguing that “switch” is merely a veiled word for “quit.” She pressed Juul on its efforts to sell Juul e-cigarettes to employers and insurers, as CNBC reported in March.

“We do not claim for Juul to be a cessation product,” Monsees said. “The history of cessation products have extremely low efficacy. That’s the problem we’re trying to solve here. If we can market to consumers an alternative and sell it right next to cigarettes, then we can actually make something work.”

Juul’s CEO apologized in an interview with CNBC following a recent documentary, “Vaporized: America’s E-cigarette Addiction.” CNBC’s Carl Quintanilla asked Juul’s Kevin Burns what he would say to a parent with a child who was addicted to Juul.

“First of all, I’d tell them that I’m sorry that their child’s using the product,” said Burns. “It’s not intended for them. I hope there was nothing that we did that made it appealing to them. As a parent of a 16-year-old, I’m sorry for them, and I have empathy for them, in terms of what the challenges they’re going through.”