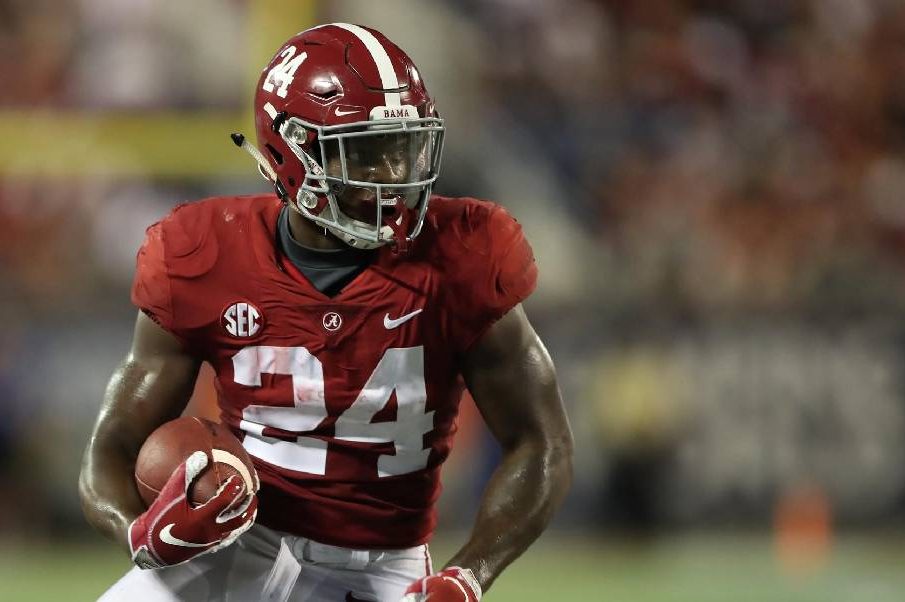 “Obviously it’s more serious,” Robinson said in a recent news conference. “I’ve always taken things seriously, but it’s at the next level now. The role is increasing, and I’ll be used for more things.”

The 6-foot-1, 226-pound junior from Tuscaloosa was behind Damien Harris, Josh Jacobs and Najee Harris on the depth chart last season, when Alabama won its first 14 games before falling to Clemson in the national championship contest. The Oakland Raiders drafted Jacobs in the first round this past April, while the New England Patriots selected Damien Harris in the third round, leaving Najee Harris and Robinson 1-2 this preseason.

Five-star freshman Trey Sanders hoped to be in the mix but sustained a foot injury late last week that will require surgery.

“Brian Robinson has done a good job in whatever we’ve asked him to do,” Crimson Tide coach Nick Saban said. “He’s been an outstanding special-teams player. He’s a really good competitor. He’s very instinctive as a runner, and he has a good overall knowledge of the offense.

“There is no reason for him not to assume a greater role.”

Robinson was a consensus four-star prospect in the 2017 signing class and was rated by Rivals.com as the nation’s No. 82 overall prospect. He rushed 161 times for 990 yards and 18 touchdowns as a Hillcrest High School senior, and he also caught 24 passes for 302 yards and two scores.

As an Alabama freshman on the 2017 national championship team, Robinson had 24 carries for 165 yards and two touchdowns. As a sophomore last season, he rushed 63 times for 272 yards and again two scores, and there were conversations with Saban about the frustration of having to wait.

“We communicated about that,” Robinson said. “He knows me and how hard I’ve worked. For depth purposes, it didn’t work out, but we know where we stand on that.

“I took last year as a humbling experience and just focused on getting better.”

Robinson enters his junior year having yet to receive a carry in an Iron Bowl, in the Southeastern Conference championship game or in a playoff game. That’s something both he and Saban hope to remedy in the months ahead.

“If there was anybody who deserved more in terms of their role a year ago, it was probably Brian,” Saban said. “The depth at that position didn’t allow him to get as many turns as we would have liked, but that didn’t impede his development. I’m sure he’ll do a great job for us this year.”

Saban said Monday that fifth-year senior inside linebacker Josh McMillon suffered a knee injury during Saturday’s scrimmage that will require surgery and will sideline him indefinitely. … The Crimson Tide returned to practice Monday with an evening workout.