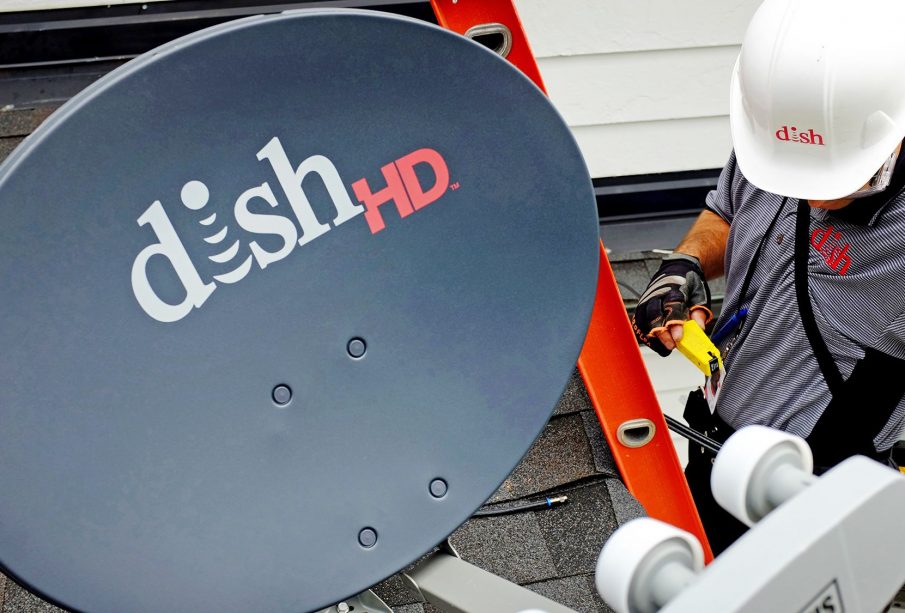 A Dish Network field service specialist installs a satellite television system at a residence in Denver.

Winning is good. Unless your prize is becoming a wireless company.

Such is the case for Dish Network, which is expected to shell out $1.4 billion for T-Mobile’s prepaid mobile business and $3.6 billion over time for its spectrum assets. But while some view Dish’s deal as a growth opportunity for the satellite TV company, one Wall Street research firm remains doubtful and downgraded the stock to sell in light of the recent M&A developments.

“Welcome to the wireless business, Dish!” MoffettNathanson analysts Craig Moffett and Jessica Moffett wrote Thursday. “If Dish is to be held up as the white knight fourth competitor in wireless, it’s clear that there will have to be guardrails that prevent their selling out.”

Central to the MoffettNathanson thesis is how Dish investors and analysts value the company’s spectrum holdings. The analysts see the stock falling to $30 per share, more than 25% lower from Wednesday’s close.

Before the T-Mobile deal, the spectrum holdings were accounted for as an asset-held-for-sale, meaning that analysts and accountants could carry it on the balance sheet simply as assets Dish planned to sell at a future date and omit from certain operating expense cost calculations.

The Department of Justice pushed T-Mobile to sell off some of its assets to a competitor ahead of its merger with Sprint with the goal of protecting consumer interests by ensuring a fourth players in the already-small telecom sector.

But that may not be exactly how it plays out if Dish enters the wireless business in earnest, Moffett and Moffett wrote.

“We’ve warned for at least five years that if and when Dish’s spectrum holdings ever come to be viewed as an operating asset rather than an asset held for sale, well… look out below,” they added.

“Absent a sale, Dish must be valued on something like a DCF valuation. Good luck with that,” they continued. “To bound the challenge, consider that simply to justify its current stock price of just over $40, one would have to assume that Dish’s new wireless venture is already worth something between $20 and $28B!”

Investors have punished Dish Network this week in light of recent reports that Sprint and T-Mobile’s merger would soon be approved by the Justice Department conditional on the wireless asset sale. Dish is down more than 3% since Monday while Sprint and T-Mobile are up 8.2% and 4.2%, respectively.

Dish shares fell more than 4% on Thursday in the wake of the MoffettNathanson note.