A revealing look at America’s most controversial charter school system 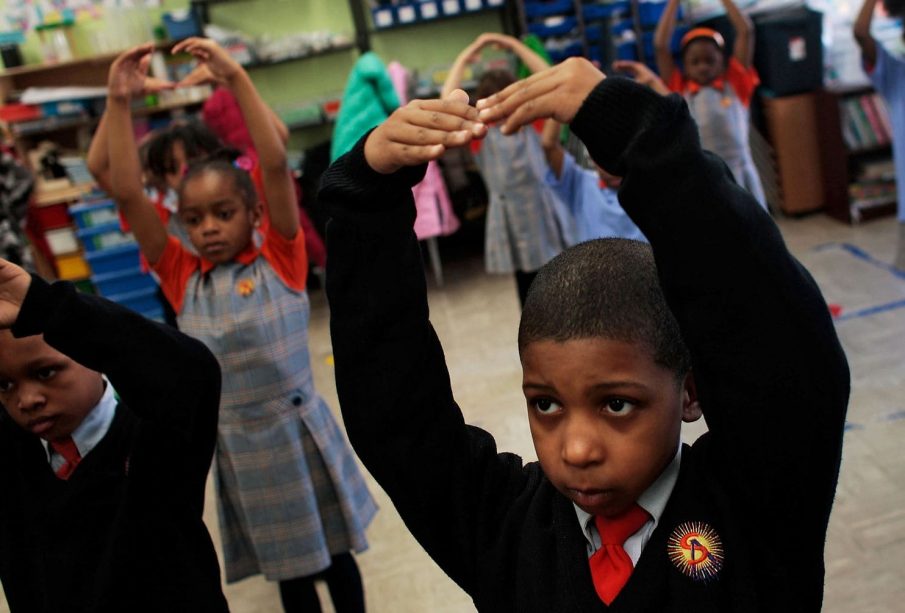 Success Academy Charter Schools are both the highest-performing and most criticized educational institutions in New York, and probably the country. They have suffered some media hits, such as a video of one of their teachers ripping up a student’s math paper because of a conceptual error.

So I was startled to learn Success Academy, including its pugnacious founder, Eva Moskowitz, let one of the country’s most knowledgeable education writers — a former teacher — spend a year in one of its schools, peering into every intriguing corner.

The writer is Robert Pondiscio, senior fellow at the Thomas B. Fordham Foundation. I don’t know how he did it with such an explosive topic, but his resulting book is a work of genius. It is revealing, moving and fair. The book explains why Success Academy’s 45 schools, with 17,000 students, should be praised for their achievement gains, and why its methods will probably never be copied.

The problem is not too much pressure on the network’s mostly disadvantaged kids. They blossom in a vigorous and unusually cohesive education culture. What will prevent anyone else from achieving Success Academy’s results is that few other schools — not even the other famous charters — would dare make such relentless demands on parents.

Pondiscio praises Success Academy, as do I, for letting him see exactly how it rose so high. Moskowitz, once a tough New York City Council member, does things her way and doesn’t care who knows it. The book, “How The Other Half Learns: Equality, Excellence, and the Battle Over School Choice,” has many painful moments that will make Success Academy critics hoot in derisive glee, but they don’t matter.

“The thousands of families who are buying what Success Academy is selling are served very well,” Pondiscio writes in the book. “What Eva Moskowitz appears to have created is something unprecedented in contemporary education: a mechanism for a critical mass of engaged and invested low-income families of color to self-select into schools where their attitudes, values, and ambitions for their children make them culture keepers and drivers, not outliers.”

Pondiscio spent the 2016-2017 school year at Success Academy Bronx 1 Elementary School. He did not attend every meeting or sit in every class. But he saw enough to make many readers cringe.

Clothing was important. On the first day of school, Pondiscio described “a mom with a neck tattoo of Mickey Mouse, which matches the one on her red T-shirt,” who was “incredulous that her child has been turned away for wearing the wrong-colored socks.” An administrator later told the young staff that their focus on uniforms set the right mood. Kids showed up in black socks when the parents knew the proper color was navy. “They don’t expect you to actually check,” the supervisor said.

Families received “parent investment cards” grading them on compliance with school policies. Pondiscio noticed many parents were “married, employed, deeply religious or spiritual, many recent immigrants.” They praised what Success Academy critics most condemned, the school’s strictness. “That’s how I raise my child at home,” they told the writer.

Pondiscio explained that while more than 90 percent of American teachers used materials they made or found themselves, Success Academy teachers had a set curriculum. It was usually taught by “a hastily assembled staff of relative strangers — nearly all of them young, many of them with their first jobs after college,” he said, but it gave them more time to work on their teaching.

It was hard. In October, one young teacher “freaked out,” he said. She “went back to her classroom, grabbed her belongings, and stormed out. She never came back.”

Parents were asked when they applied if Success Academy was right for them. The school day started early. The spring break did not align with that of traditional public schools. Parents had to read with their child every night. They had to leave work whenever there was a problem. Parents heard only 1 in 6 applicants had a chance at admission. Pondiscio found it was closer to 50 percent, because so many families who had won a seat in the charter school lottery decided not to come.

In the end, despite many doubts, he decided the parents who thought it worth the trouble were right. He asked “why low-income families of color should not have the ability to send their children to a school with the children of other parents who are equally engaged, committed, or ambitious.”

My wife and I, with our nice degrees and good jobs, had that chance. We can’t think of any good reason that less privileged parents shouldn’t also. Neither can Pondiscio.